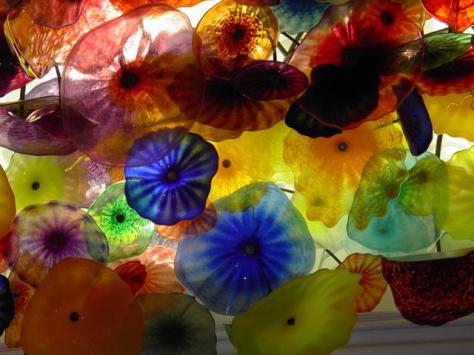 Now is the time for society to accept gender diversity and stop prejudice against individuals who differ from others through no fault of their own. Every time you think negative thoughts about an LGBT individual or someone of a different culture or race, remember you could have been born that person.

Children are born color-blind. They are not born racist or prejudiced, they learn the behavior from care-givers and peers. Instead of acceptance, some children learn prejudice and fear. They grow up to be prejudiced adults. If by chance you were born with a trait, say blue eyes or transgenderism, should you be barred from using the bathroom of your choice because you were born different?

In the U.S., discrimination and bias against gay and transgender individuals is common. Here, non-binary (not male or female) gender identity (third or transgender) is not recognized.

After sex reassignment (sex-change) surgery has occurred, changing identity documents becomes a nightmare. States have different legal requirements for changes to driver licenses, social security ID and passports. Harassment and discrimination are common when a person’s gender doesn’t match on their various forms of identification.

Discrimination also occurs in medical care. Not all physicians are skilled in providing the specialized nonjudgmental care needed by non-heterosexual patients. Advancements in medical education are underway to broaden training in transgender care. The Affordable Care Act includes a nondiscrimination clause to protect against denial of coverage for LGBT people.

The United States lags our closest neighbor Canada in protecting the rights of all people. LGBT Canadians are protected by the Constitution of Canada and, under law, in all provinces. All individuals have the right to protection in areas open to the public. Businesses and schools are liable for anti-gay behavior, such as name calling and bullying by students or staff. Many countries around the world recognize and protect transgender people.

Some of the most basic transgender human needs are now in question with elevating fears and joint lawsuits against the government from states opposing transgender bathroom sharing. A letter from the Justice Department posted May 13, 2016, clarified Title IX of the Educational Amendments of 1972 that prohibits sex discrimination in educational programs receiving federal funds. Attorney General Loretta Lynch stated there was no room for discrimination of any kind in our schools, including discrimination against transgender students on the basis of sex.

Schools understand they must treat transgender students according to their chosen gender identity once the guardian or parent notifies them of a change in identity from the previous gender record. North Carolina first passed a discriminatory bathroom law setting off national debate. This is a civil rights matter.

Consider a transgender child, a 7-year-old born male, now trans-female with a female name, attending public school, dressed as a girl. Since age three, he identified as a girl and is accepted by his classmates, especially the girls. This child is not an exhibitionist who disrobes in the bathroom, nor is he a voyeur. He sees himself as a girl. He talks like a girl, acts like a girl, and is afraid to enter the boys’ bathroom dressed as a girl, not unlike adult transgender females living as their gender-identified sex.

Would men tolerate a transwoman using their inner sanctum? This is doubtful. Due to wide-spread prejudice and discrimination, she would likely be at risk for harassment and potential harm. Transwomen are beaten and killed by uneducated prejudiced men when they are forced to use the men’s room instead of the women’s bathroom, and when they come in contact socially. Today, the uproar over transgender bathroom designations has become political and fear mongering.

Some concerns relate to the perceived dangers of threatening male sexual perverts hanging out in female-designated bathrooms. If the goal is protecting children from adult males, children should never be left alone. Bathroom issues are about providing a safe environment for everyone, including transgender people, no matter what their age.

Heterosexuals are those attracted to the opposite sex.  Homosexuality is the romantic and sexual attraction to members of the same sex. Transgender people gender-identify with the sex opposite their birth designation. Transgenderism is the result of biology and brain development, not personal choice.

Many people are born with traits not fully understood or explained. Most lesbian, gay, bisexual and transgender (LGBT) individuals have normal X and Y pairing, yet are gender-nonconforming.

At birth, children are assigned a biological sex based on their genital anatomy and chromosomes, except when the anatomy is ambiguous.  This means the child’s external anatomy is not clearly male or female and the gender is termed intersex.

The Intersex Society of North America reports in about 1:2000 births a child is born with external genital anatomy unusual enough that a specialist in sex differential must be consulted to accurately determine the sex. Intersex is not a new diagnosis. It has been evident throughout history. Stories have been told and written through the ages of individuals who are part male and part female, hermaphrodites. Intersex is not about sexual orientation (feeling male or female), it is a developmental variant.

Most genital abnormalities are not intersex issues because the anatomy is clearly male or female, not ambiguous. Often, the differences are treatable with surgical interventions. For example, 1:1000 female children are born without a vagina. In 1:770-2000 male births, the urethral urinary outlet is misplaced (hypospadias) and surgical correction is needed.

Most transgender people are clearly male or female anatomically, but gender-identify with the sex opposite their designation at birth. In some cultures, the acceptance of a non-male/non-female gender identity is common. The third sex term is used. For more than a decade, India passport applications have listed three gender options. Two years ago, the Supreme Court of India recognized a third gender, acknowledging the designation as a civil rights issue.

We Are All Different

Life and biology are complex. In nature, there is no black and white. Even zebras have coloration and stripe variations. 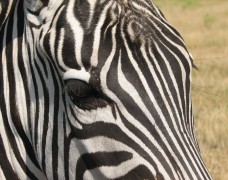 eature carries characteristics making them unique. Just as a person has blue, hazel, or brown eyes, some are born with heterochromia, each eye is a different color. This trait occurs from the genetic mix. It is often seen in sled dogs, but humans can also have two different colored eyes.

Health issues, such as high blood pressure and heart disease are hidden differences, producing silent diseases. Embryo development can go awry resulting in spontaneous pregnancy loss. Other highly visible variations occur when one child is born with curly red locks and a sibling with stick-straight brown hair. Just as hair color and eye color vary, body shape, internal organs, cells and brains are all a unique combination of the chance union of an egg and a sperm.

Human females are born with about 300,000 eggs contained in the ovaries. Each ejaculate from the human male testes contains 250-500 million sperm. The matches between mature eggs and sperm are unpredictable. Simplistically, a mature egg supplies an X chromosome, the sperm, an X or Y chromosome. In combination, they usually form a female XX offspring, or a male XY offspring, but many developmental and chromosomal variations occur. Scientists devote lifetimes of study to sort out chromosomal variations, genetically transmissible traits, and discern the impact of environmental influences on developing fetuses.

The best scientific evidence shows gender and sexual identity are not issues of choice. For those with gender nonconformity, self-acceptance and understanding by others are essential for physical and mental well-being.

Gender conflicts arise when individuals do not fit the traditional concept of gender. Fears and prejudice arise when belief systems are challenged. Actions based on prejudice and lack of information often block the desire to change. I hope learning what is known on the topic of gender nonconformity may dispel fears and will create both an understanding and acceptance of transgender people.

An analysis of several national surveys released in 2011 reported 0.3% of the adult population (~700,000) are transgender, and 3.5% of adults (~8 million) are LGBQ (Lesbian, Gay, Bisexual, Queer). An article from Boston University Medical Center Transgender Medicine Research Group reports gender identity problems affect as many as 1 in 100 people. Lack of understanding and acceptance places them at risk for prejudice, bullying and the discrimination we are seeing across the US.